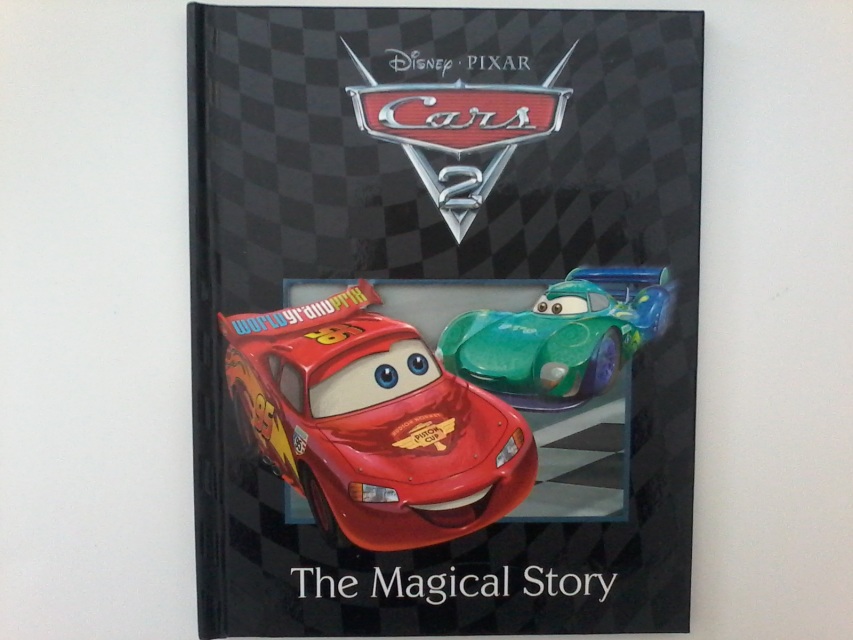 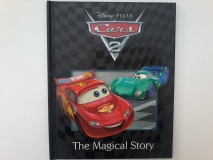 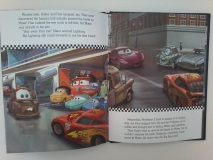 Lightning McQueen is zooming back into action – heading overseas to compete in the first-ever World Grand Prix! But he and Mater soon find that the road to the championship is filled with potholes, detours and hilarious surprises! And the ride gets even bumpier when Mater is caught up in an intriguing espionage adventure of his own. Torn between helping McQueen in the big race and carrying out a top-secret spy mission, Mater’s action-packed journey leads him on an explosive chase through the streets of Japan and Europe – trailed by his friends and watched by the entire world! The brilliant story of the fast-paced new film, packed with colour pictures!

Book is in overall good condition.