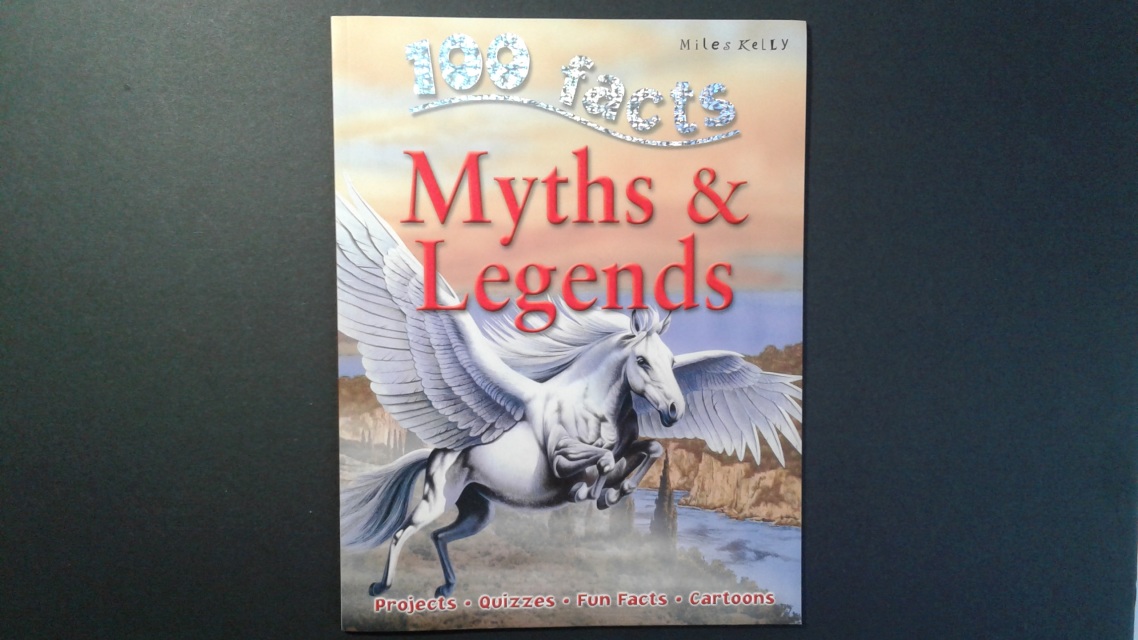 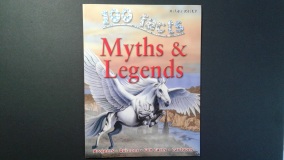 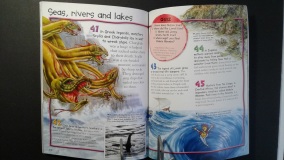 Children's large softcover Miles Kelly 100 Facts, 'Myths and Legends' book. Book is in very good condition, with the exception of some light scuffing on cover. This book has projects, quizzes, fun facts and cartoons.

~100 Facts Myths and Legends is bursting with exactly 100 awesome facts, mind-blowing images and fun activities to help children aged 7+ learn everything they need to know about the oldest and most famous stories from around the world. Kids learn more easily with bite-sized information. Photographs and artworks aid children who learn through visual prompts. Activities allow children to put what they have learned into practice. 100 Facts Myths and Legends covers key topics about fables and folklores in interesting numbered facts. Information is accompanied by amazing illustrations and photographs that put unbelievable facts into context for young learners. One of most popular non fiction myths and legends books for kids, this title is ideal for school and home. Essential topics covered in 100 Facts Myths and Legends: Stories with moral messages, warnings and inspirational meanings Cultural myths and beliefs about life from around the world Legends about heroes, war and death Examples of 'I don't believe it' fascinating facts: Valentine's Day is based on an ancient Roman festival. Women wrote their names on scraps of pottery and put them in a bowl. Men picked out a scrap each to discover who would be their girlfriend for the next year! Unicorns are said to be brave enough to fight elephants and wise enough to detect poison. They have been mythical symbols of magic and mystery for thousands of years. Magician Simon Magus (died AD 60) claimed to be able to fly. He demanded to be buried in a deep trench and promised that his ghost would soon come back to haunt the living! Activities to make learning accessible and interactive include: Design a Paradise Garden with trees, flowers and fountains Make a Green Man mask with a paper plate, felt-tip pens, green felt and elastic Quiz question: How many times did the Aztecs believe that the world had been created and destroyed?