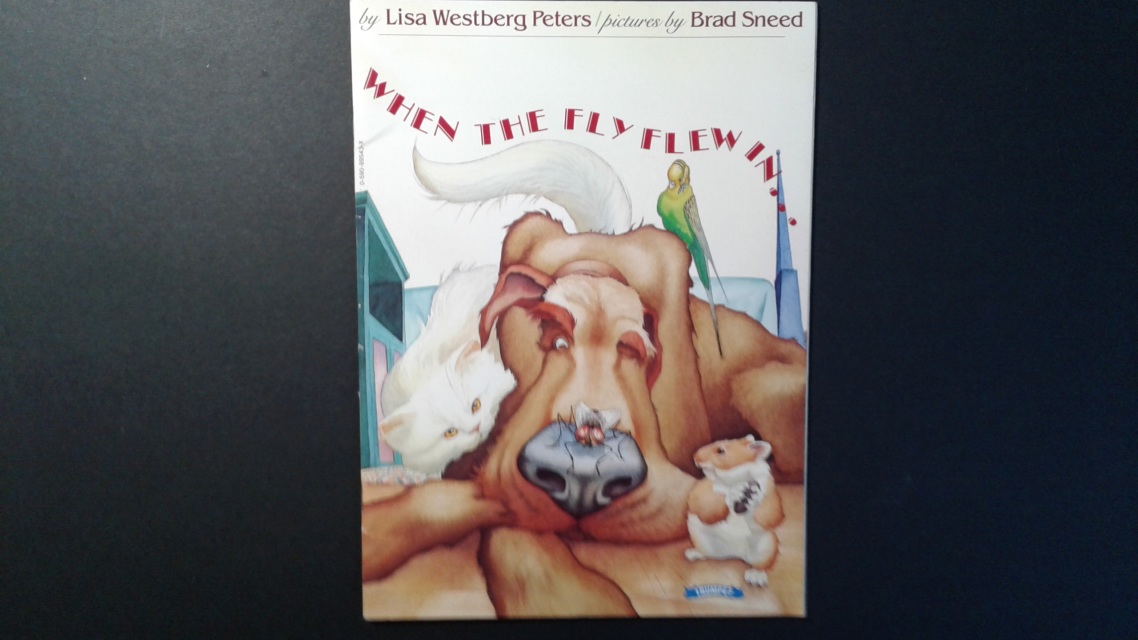 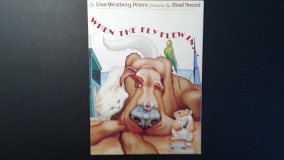 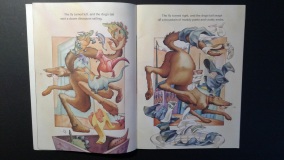 When The Fly Flew In

Children's thin, large softcover book, 'When the Fly through in', by Lisa Westberg Peters. Cover has some small bends, a couple of tiny dents and a name in the first page that has been marked out.

~Although a young child puts off cleaning the bedroom because all the family's pets are asleep there, the sudden arrival of a zooming fly mysteriously gets the job done

As any parent knows, pleas to kids for clean rooms often generate creative excuses. Here, a youngster begs off tidying up his room because "all the animals are sleeping"-he'll wait until they awaken. However, a wayward fly sails through the window and inadvertently sets in motion a chain of events that would impress even Mary Poppins. Aggravated at the buzzing fly, the dog flails around the room in pursuit, as his tail swishes toys into the toybox, dirty clothes into the laundry bin and "moldy old apple cores" into the wastebasket. The fluffy white cat joins in the chase, skidding over the floor and earning the moniker "dust-mop cat." After added "help" from the hamster and the parakeet, the fly vanishes out the window-leaving the room spotless. Peters's nimble prose and kid-pleasing repetitions are heightened by the typically vivid colors, arresting perspectives and uninhibited motion. Ages 4-8.