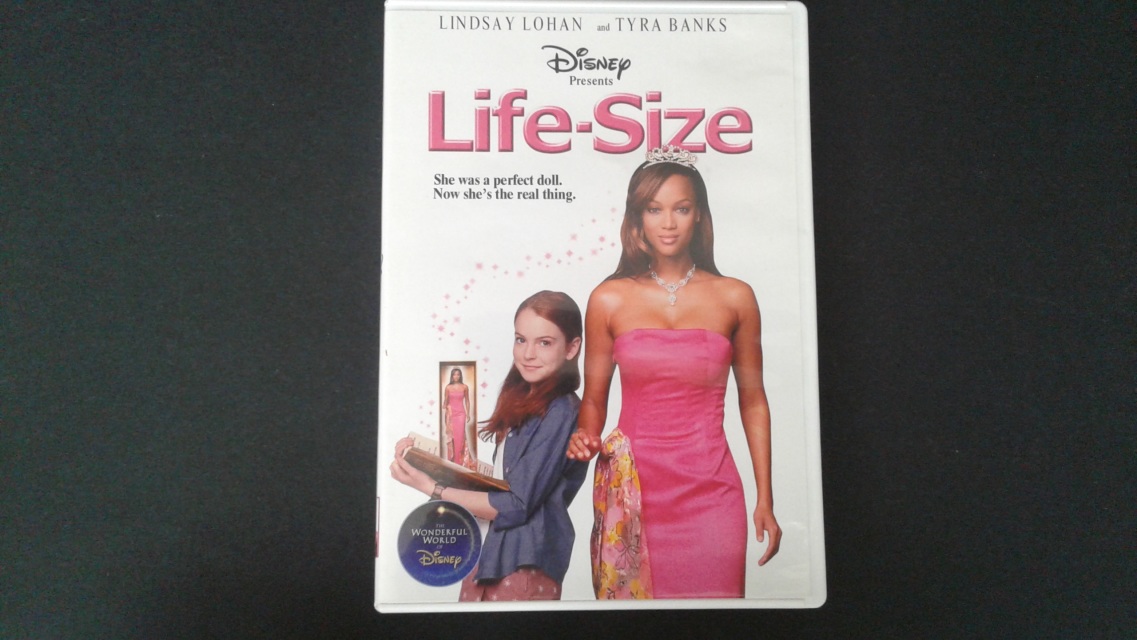 SKU: BSCF-1508
CA$2.50
CA$2.50
Unavailable
per item
A girl unwittingly gives new meaning to the phrase "living doll" in this comic fantasy. After the death of her mother, 14-year-old Casey (Lindsay Lohan) is despondent. As she and her father Ben (Jere Burns) begin to drift apart, Casey finds a book of magic spells and tries to use one to bring her mother back to life. But the plan backfires, and instead she finds that she's animated Eve (Tyra Banks), a fashion-plate dress-up doll. Eve is excited to be both alive and nearly six feet tall, but she has a lot to learn about living in the real world -- and Casey isn't so sure she has the desire or the patience to teach her.