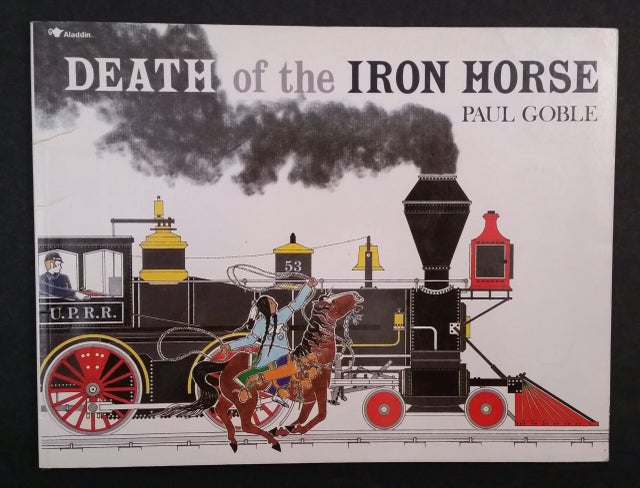 Death Of The Iron Horse

Children's thin large softcover book 'Death of the iron horse' by Paul Goble. Cover has scuffing/scratches/a few little line dents and there are some small page flip marks and a long line bend (shown in pic) on inside pages. This book is still in overall good condition.

~The Iron Horse was coming...Thundering and panting and breathing black smoke, it was a fearsome thing. The Cheyenne people had never seen a steam locomotive before, and it terrified them. Would it come right over the hill, into their camp, just as the relentless soldiers and white settlers had done before?

Powerful words and pictures tell the true story of August 7, 1867 -- the only time an "Iron Horse" was derailed by Native Americans. It is a tale of courage and pride and of a people caught up in an unequal struggle to preserve their sacred way of life.