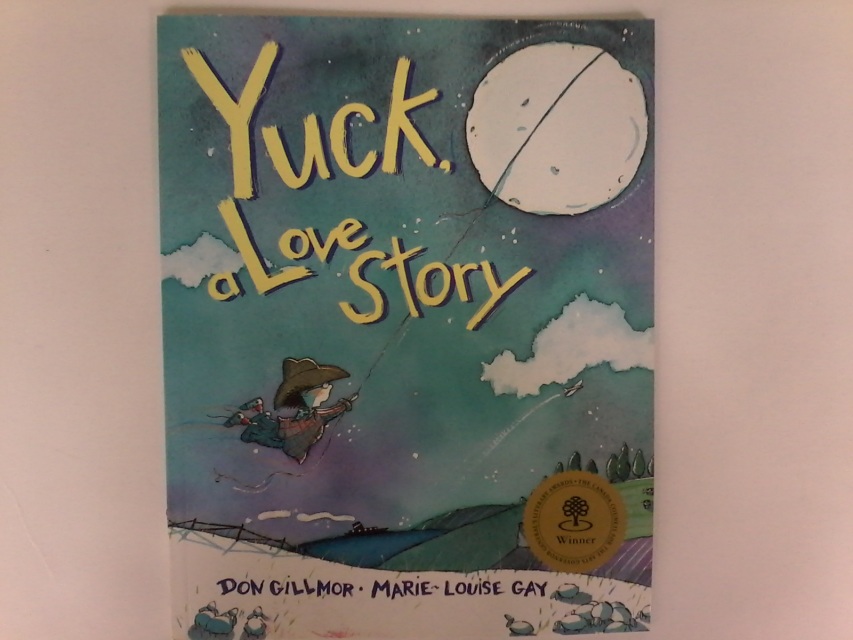 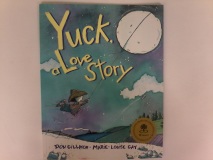 Book is overall in good condition, with the exception of light scuff marks and a few page flip marks on cover.

~Austin Grouper had a brown dog named Fresco, a best friend named Sternberg, and a red bicycle. His life was full. And then a girl named Amy moves in next door. Austin decides that she, like all girls, is yucky. But when the invitation to her birthday party arrives, it seems the only suitable present for Amy is the moon itself, and Austin is prepared to go to the ends of the earth to get it.

Yuck, a Love Story will strike a familiar chord with anyone who has survived that earth-shattering first crush, and is written with the wit and wisdom of one who has been to the moon and back. Marie-Louise Gay's charming illustrations express a youthful innocence that matches the text perfectly.