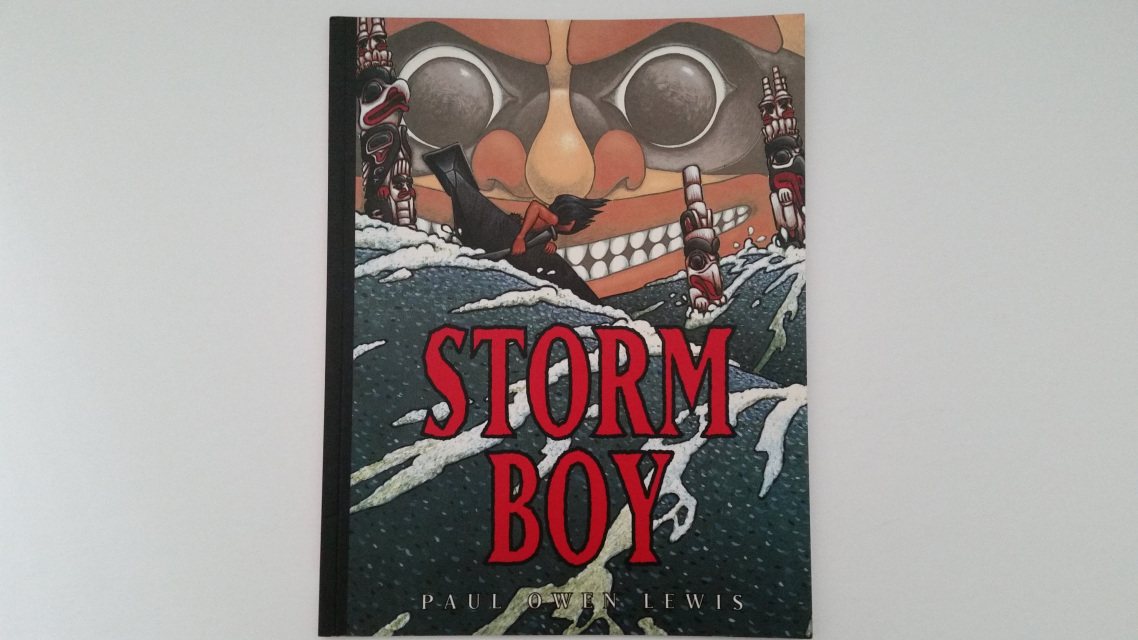 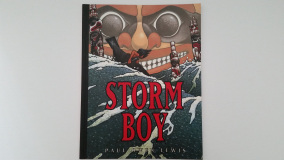 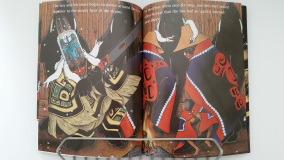 ~In the storm-tossed seas along the rugged Northwest Coast, an Indian boy is thrown from his canoe into a great mystery. Washed ashore before an unfamiliar village, the boy finds his arrival has been eagerly awaited by the strange and giant "people" there. Just who are these beings? And what do they intend for their guest? What follows both answers-and deepens the mystery.

Careful attention is paid to historical detail both in the story and the vibrant illustrations. Storm Boy follows the rich mythic traditions of the Haida, Tlingit, and other Native peoples of the Pacific Northwest Coast, whose stories often tell of individuals cast mysteriously into parallel worlds inhabited by animals in human form.