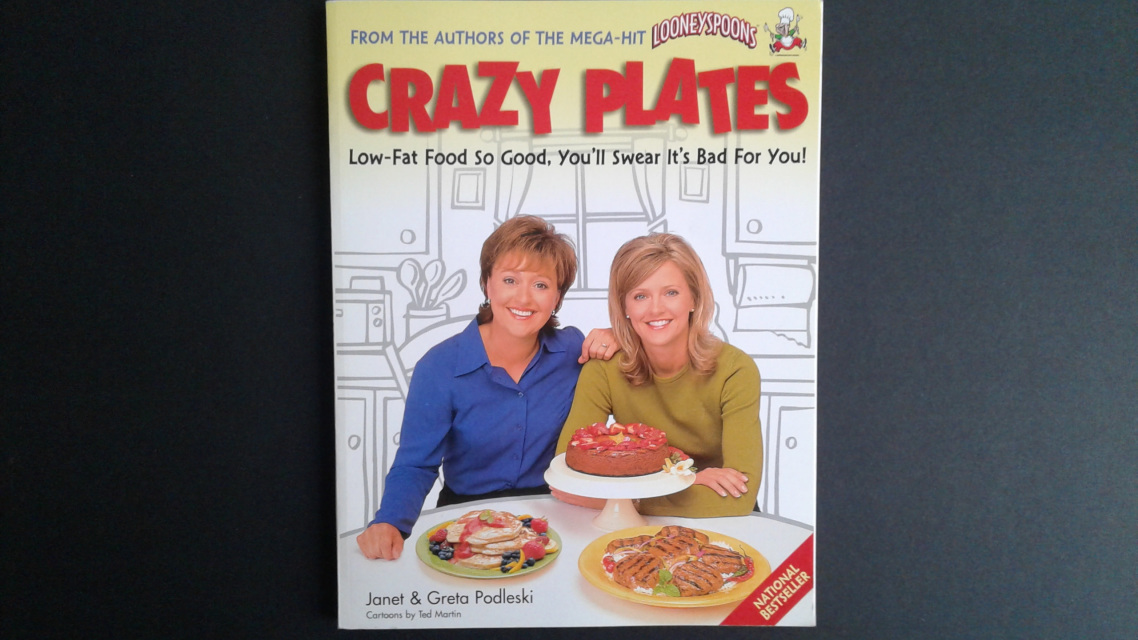 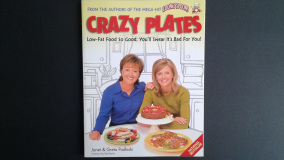 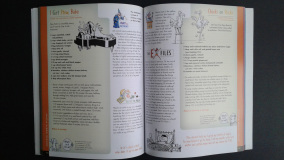 Large softcover recipe book, 'Crazy Plates', by Janet and Greta Podleski. Low fat food so good you'll swear it's bad for you! Book is in good condition, with the exception of a few light scratches and scuffs on cover. 190 pages.

~Janet and Greta Podleski, also known as The Looneyspoons Sisters, are the high-energy authors of the low-fat cookbook Looneyspoons and its follow-up, Crazy Plates. But to call these sisters cookbook authors may be a misnomer: they're more like a wacky comedy team touring Hoboken doing the low-fat-zealot routine for admiring audiences. No, Crazy Plates is not just about low-fat recipes. There's much, much more here, including fat facts (a pound of body fat--representative of 3,500 calories--if shaped into a ball, would be the size of a softball and equal four sticks of butter), "Trivial Tidbits" (baking soda used to be added to the water for boiling vegetables until it was discovered that it destroyed the veggies' vitamin C), "You Do the Math" (substituting Canadian bacon for the regular high-fat stuff once a week for a year will cut your fat intake by 1,196 grams), and a lot of corny humor ("Did you hear what happened to the peanut when he walked through the park? He was a salted"). Then there are the recipes--accompanied, of course, by cartoons--like Salmon Davis Jr., broiled salmon steaks in a spicy tomato sauce; Mercedes Buns, cinnamon rolls with less than three grams of fat per serving; My Yammi Spice, oven-baked fries with cumin, paprika, and oregano; and Berry Maniloaf, a lemon and raspberry bread loaf with 161 calories per slice. The recipes are well laid out, not time-consuming, aimed at the home cook with a family to feed, and will please the palate of those wanting gourmet fare without the fat. But how do the Podleski sisters accomplish this rare feat? Spices are an essential ingredient of many dishes: Name That Tuna Salad, for example, gets its character from basil, mint, garlic, and Dijon mustard--with no help from that scary sidekick, mayo! This is a book for anyone who wants to cut back on fat without losing flavor, and for those that like a little slapstick with their flapjacks (Peter Pancakes, with bananas and strawberry sauce).