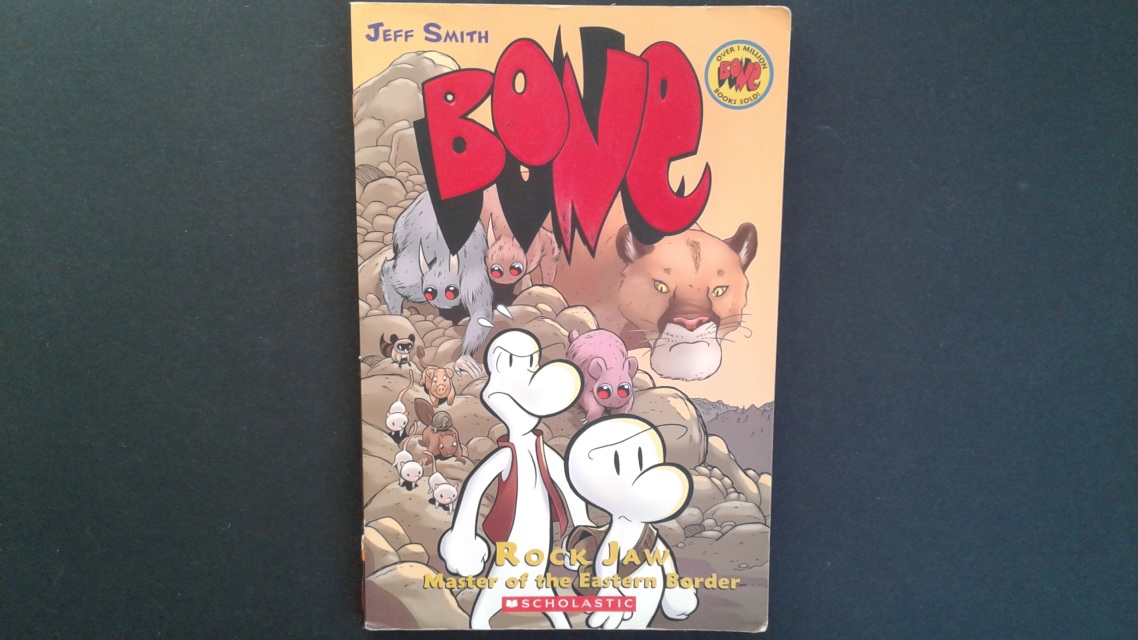 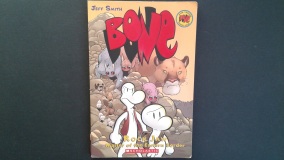 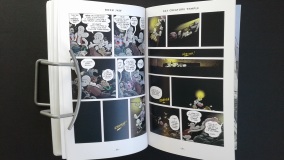 ~Trying to return a rat creature cub to the mountains, Fone & Smiley Bone encounter yet another adversary: the sly and mighty mountain lion, Rock Jaw. In this fifth volume of the BONE saga, Fone and Smiley Bone strike out into the wilderness to return a lost rat creature cub to the mountains. It doesn't take long before they run smack into Rock Jaw, "Master of the Eastern Border," an enormous mountain lion with a none-too-friendly disposition. Life gets even more complicated when they befriend a group of baby animals who are being orphaned by rat creature attacks. Everything comes to a head in an earth-shattering clash between Rock Jaw and Kingdok, the leader of the rat creatures.